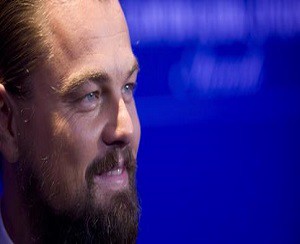 The short film above, “Green World Rising,” is the third episode in the Green World Rising series narrated by actor Leonardo DiCaprio and created by Tree Media. A U.N. draft to guide upcoming climate summits is due to be published on Nov. 2. The leaked U.N. report says climate change may have “serious, pervasive and irreversibleâ” impacts on human society and nature.
We don’t need fossil fuels anymore. Many would argue that the reason we can’t stop burning fossil fuels and address climate change is that our modern civilization can’t continue without them. The notion that we depend on fossil fuels is a myth; and it’s a myth that must be busted. And busted soon, given the rapid advance of climate change.
For decades, we have had renewable technology on the shelf. We have already invented technologies — in many cases, over 100 years ago — that will be the basis of our future, sustainable civilization. Electric vehicles were invented in the early 1800s and had a heyday in 1900, with a hybrid car invented in 1916. The photovoltaic effect was discovered in 1839; the solar cell was invented in 1941; wind power for electricity in 1887; geothermal power plant in 1904 and biofuel from vegetable oil in the 1890s. Granted, the tech was not entirely there yet, but neither was, say, the internal combustion engine. Cars with internal combustion needed an unwieldy crank up until 1912 and, even after 100 years, can’t be driven without creating pollution. Renewable technology has, in the past decades, caught up and then some.
We can now safely say we can power civilization entirely without fossil fuels. We are starting now and can achieve this goal within decades, depending on our will and fortitude. The Solutions Project and Mark Jacobson of the Atmosphere & Energy Program at Stanford University propose that we heat our houses with solar, wind, tidal and, in some cases, geothermal. After all, we already drive cars that plug into electricity from our homes that are powered by renewables. And there will be batteries (thanks again to Elon Musk) in our homes that our cars can plug into as a reserve. We fly our jets with, get this, a carbon negative biofuel made from algae. And grow our food in regenerative organic farms. And this is just for starters.
Another myth that must be busted is that the renewable economy is unviable. Actually, our sustainable energy economy will be robust and create wealth. Already, there are more than 300 coal plants in the United States that cannot compete with solar and wind; and it is projected that the renewable energy economy will supply millions of jobs. A Brookings Institution and the Pew Center on the States report has found that greener industries grow faster than the overall economy and that states with greater green investments have generally fared better in the current economic downturn.
Which brings us to light another point: The robustness of the clean energy economy brings power back into the hands of the many, not the few. The fossil fuel energy economy is highly centralized — not just the means of generation and transmission — but also the wealth created, which sits in the hands of the few. Renewable energy is decentralized, puts power into the hands of communities and gives them more control over their future. Clean energy, as Billy Parish of Mosaic says, “is one of the largest wealth-creation opportunities of our time if we can make it possible for people to participate in and benefit in this transition. It is one of the biggest opportunities for broad-based prosperity.”
Given that this transition to renewables will create broad-based opportunity and wealth, will reverse climate change and will secure a vital planet for future generations, I vote for the clean energy economy. What about you?

What’s an ESCO and How Can They Help?

Have Someone Else Pay For Your New Energy Efficient Lighting Solution

We use cookies to ensure that we give you the best experience on our website. If you continue to use this site we will assume that you are happy with it.OkPrivacy policy